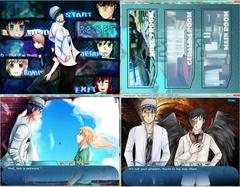 It all started thousands of years ago, when a strange man who has nothing else to do because everyone thought he's an evil wizard created seven creatures to accompany him--Nope, this is not one of these stories so get your mind out of the gutter. They looked like humans, but they grew tired of their cozy little home and decided to have some fun. However, the world is too cruel for those peeps. So they became really evil and corrupted. Cliche, right? The man was so saddened by this and sealed them in a box with the cost of his own life, and whoever managed to open the box by solving the goddamn riddle will unleash evil in the world once again! A young girl named Michelle "Mike" Vinson--the awesome me--opened the box, and the world changes in an instant. The only way for me is to trust an amnesiac young man named Gerald, who seems to have an unstable personality because he changes it often its confusing. Long story short, I have to seal all the seven demons back in the box to regain my normal life, and reset everything that has been caused by the demon's actions. And the super-awesome-misadventures begins 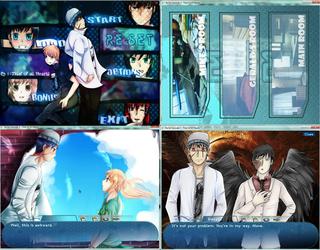