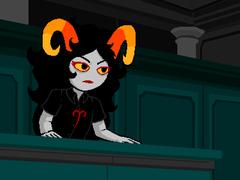 A fusion of the original Ace Attorney trilogy and Alterniabound walkabouts from Homestuck created with an emphasis on imitation, this was my first completed* game. A labor of love created with massive amounts of help from the MS Paint Adventures Forums. People familiar with the comic will have a better time figuring out where and when these events occurred and people familiar with the games will have a better understanding of how to play the game. Plot Taking place before the revenge cycle or SGRUB began, a murder that occurs during a night of FLARPing pits Team Charge and Team Scourge against each other in a competitive attempt to achieve a desired verdict. 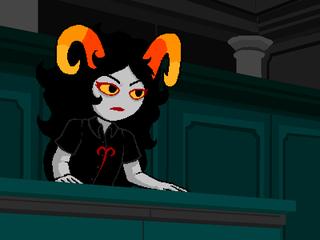