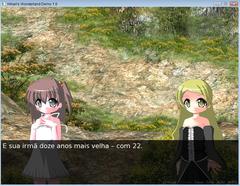 Please note that's the portuguese (brazil) version. I'll produce the english and spanish version soon. The graphics are not good, but i'm arranging that, and I'll post the version 0.1.1 soon, with the new graphics. Hikari's Wonderland is the first visual novel produced by Neverland Novels Productions. It follow the sisters, Nessa and Talita, that somehow were thrown to Wonderland. Just because of a stoled mirror from a warring world: the Elemental World, protected by the Kingdow of Light, Hikari. The VN is a freeware program. 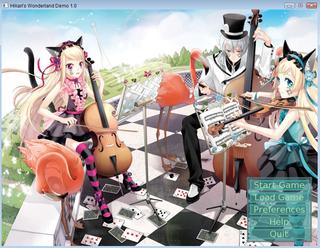 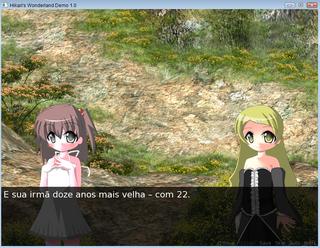 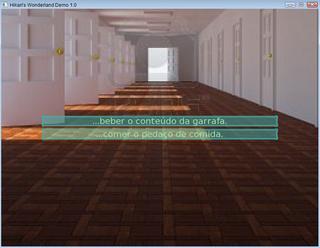