"A person's heart's warmth. The very spirit that keeps them alive and strong, especially in cursed frozen tundra. Some say you can sell it to gain power, while others believe it is it's own power. Either way, it did not change the fact that Ágirni sold her heart's warmth to a demon for the use of magick." Synopsis Simple as Snow is a kinetic visual novel about a caster named Lysa who is caught up in the middle of a sorceress scheme to steal the heart of a young king. If only it were about love and not the sorceress' sick plot to literally take his heart. Simple as Snow is a kinetic novel, meaning it's strongly story based. All the backgrounds in the game were beautifully hand painted. This novella is over 14,000 words and has about an hour of game play. There are choices that give insight to the story if you choose to take the time to read them. Originally made for NaNoReno in 2016 with a team of one, but was released late because of life events. Working on this made me want to continue the story and though it might not be everything I wished for. I am happy. Please be aware there is some mild bloodshed and gore and thank you for taking the time to read this. This was an interesting journey and I hope that you enjoy the game. 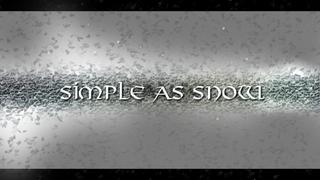 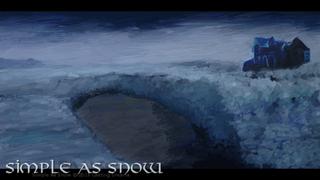 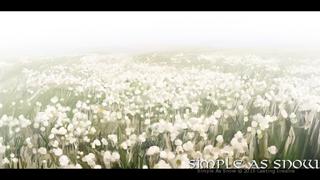 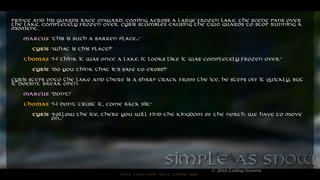 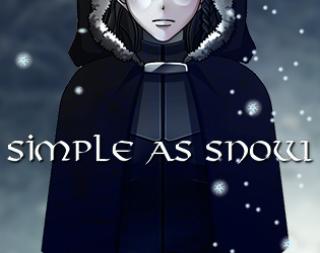