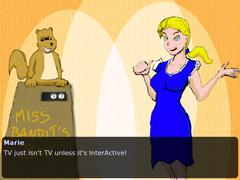 A short comedy about two children's TV show hosts. One is a buxom blonde named Marie St. Marie, freshly hired and very friendly; the other is an excitable chipmunk puppet named Miss Bandit who has been on the show for years. With her boss out of town, Bandit has cooked up something... special for Marie today. 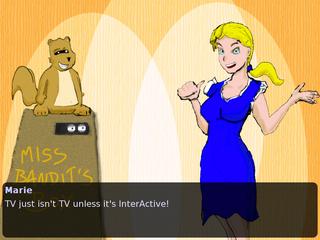